Chi Modu is a photojournalist, documentarian and cultural observer 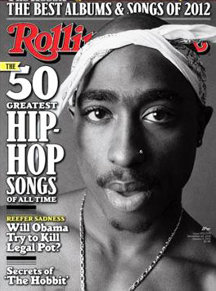 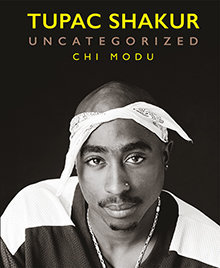 Chi first picked up a camera while a student at Rutgers. After honing his skills at the International Center of Photography, he landed at The Source, which was the definitive magazine of hip hop culture. It was here that Chi developed relationships with the biggest icons of the hip hop movement, including Tupac Shakur, Notorious B.I.G., Mary J. Blige, and L-L Cool J, most of whom were not yet famous.

In addition to shooting over 30 cover photos at The Source, Chi was able to capture the musicians in candid, unexpected moments, due to his disarming manner and unique perspective. His photos include some of the most groundbreaking, memorable images of that era, including Tupac Smoking and Biggie WTC (standing in front of the World Trade Towers). He not only chronicled and defined the most important phase of the hip hop movement, now a global force, he also was able to define the artists and show them as real people, rather than one-dimensional celebrities.


Seeing life through a different lens

Chi’s most recent project began in August 2013, when massive images of his started appearing on the exterior walls of select NYC buildings, as part of an ongoing installation called Uncategorized.

The first four images that went up in August of 2013 included two in SoHo – a 12’ x 9’ rarely seen photo of hip hop legend Tupac Shakur, and a riveting 25’ x 16’ photo of young school boys in the back of a church in Modu’s native Nigeria, and two in Brooklyn – a 16’ x 22’ photo of 21 year old Snoop Dogg shot in 1993 and never released, and a 22’ x 16’ shot of Method Man with smoke curling out of his mouth. In November, an iconic 22’ x 16’ photo of Notorious B.I.G. standing in front of the World Trade Towers went up in the Lower East Side of Manhattan. Within 5 years of this photo being taken, both Biggie and the Towers would be gone.

In the summer of 2014, UNCATEGORIZED moved overseas to Finland, where it was the main exhibit at the Pori Art Museum and drew record breaking crowds. Yielding to public demand, Modu published a photography book in September 2016 entitled Tupac Shakur: UNCATEGORIZED.

Since the book was launched, UNCATEGORIZED has shown up in dramatic new ways in Seoul, Korea; Bangkok, Thailand; Oslo, Norway; Rio de Janeiro and Sao Paulo, Brazil; Barcelona, Spain; Berlin, Germany; Los Angeles, CA; Riyadh, Saudi Arabia; Dubai, UAE and Lagos, Nigeria. His sponsors and collaborators have included everyone from Adidas to Budweiser. What began as making a bold statement in New York City has become a global movement, with Modu’s loyal fans traveling from city to city to see both him and his latest incarnation of UNCATEGORIZED.

Chi’s training as a photographer together with his unique perspective on life make him an uncanny observer of human nature, and a natural at mining provocative insights. As the founder of the strategic think tank Diverse Insights,Chi and his team bring insights to life using brilliant photography, a technique he calls Visual IQ™. Chi counts major ad agencies like Saatchi & Saatchi and advertisers like General Mills, Reebok, and Miller Beer among the companies that have benefitted from his fresh perspective.

Chi’s timeless, unique photographs are often requested for commercials, films and music documentaries along with being held in private collections. His images have also been licensed by Sony, Paramount, Viacom, The New York Times and The LondonTimes. Even Rolling Stone realized its epic book, “The ‘90s: The Inside Stories from the Decade That Rocked,” would not have been complete without Chi’s iconic photo of Tupac. In addition to The Source, his photos have graced the covers of Rolling Stone Magazine and Jazz Times, and album covers for Snoop, Method Man, Mobb Deep, Mad Lion, and Christian McBride. His work has also appeared in numerous exhibitions, including the Hutchins Gallery, Lawrenceville School, Lawrenceville NJ, the Brooklyn Museum of Art, Brooklyn NY, and the Rock and Roll Hall of Fame in Cleveland OH.
All Images Copyright Chi Modu – Email: me@chimodu.com